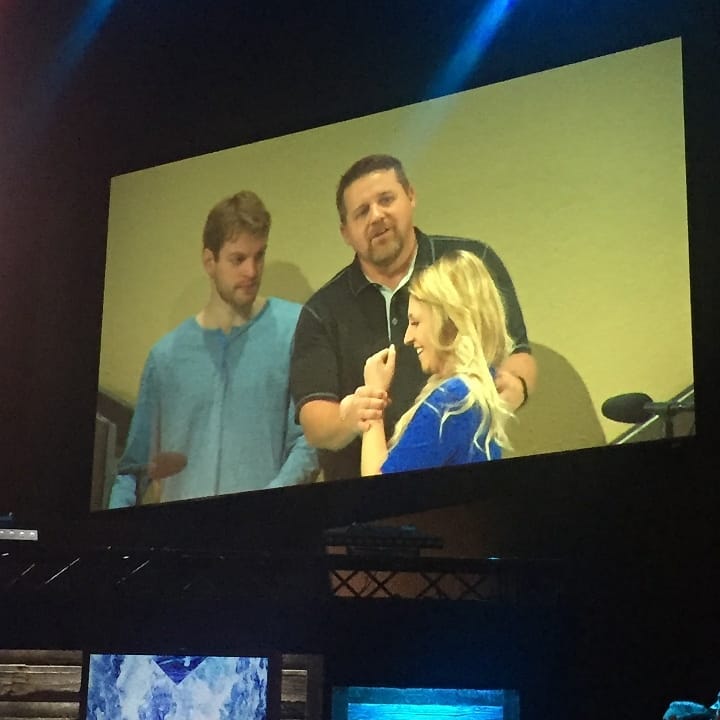 Fast forward a bit and I noticed my church was taking a trip to Israel soon, and I recalled Taylor saying in a conversation with me, “I will do anything to figure this out (meaning if Jesus was real). I will even go to Bethlehem if I have to.” So, I convinced Taylor to sign up for the trip with me and save enough money to pay for it.

Time kept passing as we waited for the trip to come and we kept trying to make things work between us, but things were still not getting any easier and she was still noncommittal. By July 2015, Taylor had enough of me and decided to break up (even though she would not admit we were together, to begin with). This was still a very confusing time because she invited me over to watch a movie just hours after she broke up with me. Her rationale was that she did not want to have a romantic relationship with me but still wanted me in her life. I wanted her and for her to figure out her faith so badly that I was willing to put up with all the pain and confusion this caused me. I am also a person of undying hope, so she was leaving too much of a glimpse of hope for me to give up. Plus, I knew we still had an Israel trip before us.

On December 26, 2015, we left for Israel with our church and I felt like I was putting all my hope on this trip. I hoped that she would see that God and Jesus were real and she would convert, and we would get married and live happily ever after. That did not happen. On the trip, we experienced extreme highs and lows again. The whole reason I was going on this trip was to be with her during this part of her journey, and she did not want to have anything to do with me at times. It was one of the most painful experiences of my life. Yet it was also one of the most rewarding. If I was going to be in Israel, I wanted to get the most out of the trip for my spirituality as well, and she forced me to. Things were confusing as ever between her and me but could not be clearer between God and me. The Bible became real right before my eyes, and I was forced to depend on God alone because everything I was trying with Taylor was not working. I had come to an end of myself at a very timely point of the trip. I was seriously considering ending the trip short and flying back home to the U.S. to give Taylor the space she needed and to end the heartache for myself and quit on the relationship altogether. But the next day we were going to the Jordan River and had the opportunity of being baptized. I saw this as a chance to give it all to God and have a fresh start, and that is exactly what happened. Taylor watched me get baptized in the Jordan River, just as Jesus had done, and I gave up all control and left it all for God. This was when things started to change. I left Taylor alone and tried to keep to myself and focus more on my relationship with God.

Yet, there were still moments when my mind would take over and I would want clarity, but I had to fight it. I remember one moment was when we had testimony time at the end of the trip. That was my chance to explain to the group why I was there and why Taylor was there. Then she got up and told the group that the trip helped her see that belief was a choice. I could not believe she said that! Of course, I had all these follow up questions running through my mind but knew I could not ask one. Then on the plane back, I was faced with a moment of panic and wanting clarity again. I was sitting next to Taylor and silently asking God, “What happens now? Does she believe or not? What do I do? What happens with us when we get off this plane?” Then it was as if God winked at me because Taylor reached down in her bag and took out her Bible and started reading it. This was not normal at all for Taylor to do at the time. I was shocked. I leaned over to see what she was reading, and she had turned to Proverbs 31 – the passage about an excellent wife! I asked her why she started reading that, and she said “I don’t know. I just felt like reading it.” That moment put me at ease and gave me hope because I took it as a message from God, that her being my wife was somehow a part of his plan. Even if I got that part wrong, she was reading the Bible and that was a good sign no matter what.

The hope did not last long though, because when she dropped me off at my place when we got back to Dallas there was no clarifying conversation. I broke down because I did not know what was happening with us or where she was with her faith. It was like the hail marry play fell flat and all hope for her and us was lost.

I did not know what to do. She continued to meet me at church on some Sundays, yet it did not seem like she was happy to be there with me. It was like she knew she was supposed to be there, but wished it were different. I had been praying for her every night since our first talk after the softball game I believe. Around a month after we got back from Israel (February 28, 2016), I remember changing my prayer one Saturday night. I was uncharacteristically confident and specific for no known reason to me. I prayed “God I pray you would have Taylor baptized tomorrow”, and it felt so right for me to say that. Most of the nights I prayed for her, I was desperately pleading with God to bring her to Christ with no specificity. Yet this was my prayer that night. Then the next day I woke up feeling like something good was going to happen that day. I prayed again with confidence and specificity, “God I pray you would have Taylor baptized today” and continued the morning with a spring in my step.

Then when we got to the church, Taylor showed up late with her cousin, Jasmine. She did not seem like she was in a good mood, but I did not care because I was. I met her halfway down the aisle of the sanctuary and forced a hug on her and then her cousin and brought them to where my parents and I were sitting. I felt a strange exciting suspense kept building as the service went on. By the end of the service, we were closing it out in worship and I somehow knew the Holy Spirit was stirring in Taylor’s heart and something was going to happen. Then, I thought it was a clever idea to make a deal with God. Standing next to Taylor I silently prayed “God if you have her baptized today, I will go into ministry.” Within thirty seconds or less, Taylor turned to me and said, “Can I go?” I asked, “Go where?” She said, “To be baptized”. I said “Yes!” and she started moving down the row toward the aisle. But before she could get too far, I grabbed her arm. She turned back and I asked, “Can I go with you?” She said “Yes.” The next thing I know she had changed into baptism clothes, and I was crying standing next to our pastor with Taylor in the baptismal confessing her faith in the Lord and Savior, Jesus Christ. Taylor and I spent the rest of the day talking about what happened and enjoying the excitement of the eternal decision she had just made.

2 thoughts on “Our Story According to Me: Part 2”